Mujaji is an interplanetary electronic downtempo groove bouncing entity. Mujaji‘s first physical manifestation, Free Rain arrived on Earth in April, 2001 on Shadow Records and was greeted with a tickertape parade down Broadway (not the NY broadway). After that, Mujaji hitched a ride on the Bastard Jazz Records spaceship through several electromagnetic cosmic events including the enigmatic Master Mosquito project.

Mujaji‘s second earthly manifestation, The Friday Side, was unleashed in January 2003 with minimal static interference. After 13 months of space meditation, Mujaji returned occupying multiple space-time nodes simultaneously. Their third excitation of the great flux was titled On a Bridge Between Clouds and was adapted for the human audible frequency range in December, 2005. 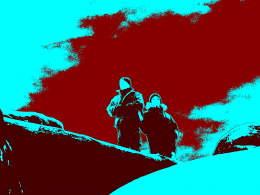 Everything seemed groovy, but then came the bad news. Their home world was invaded and taken over by Reptilians from the Andromeda Galaxy, and Mujaji was forced to depart this earth to return home and fight the Reptilians.

Now, however, we have been blessed once more, as just a few months ago, in a secret little bunker, a CIA operative happened to notice several long-lost Mujaji recordings sitting on a shelf in the mind’s eye of a schizophrenic tax auditor during a military sponsored remote viewing session! Agents were deployed to the location (that is the location of the tax auditor, not the CIA guy) and recovered the long-lost recordings keeping them hidden until now!